Guoxing Technology will explain to you what to pay attention to when using plasma cleaning machine?
Author：Original Click ：2185次 Date: 2021-04-21

Plasma is a partially ionized gas composed of positive ions, negative ions, free electrons and other charged particles and uncharged neutral particles such as excited molecules and free radicals. Because its positive and negative charges are always equal, it is called plasma. This is also another basic shape (the fourth state) of matter. A new shape must have a corresponding chemical behavior, because the existence of active particles such as electrons, ions, and free radicals in the plasma itself simply react with the solid surface. This response can be divided into physical or chemical. . Guoxing Technology will explain to you what to pay attention to when using plasma cleaning machine? 1. Before opening the plasma cleaning machine, various preparations must be made. The first step is to train the operating staff in technical aspects, so that they can master the operating procedures and use them in strict accordance with the operating requirements. 2. Before officially using the plasma cleaning machine, the parameters of the plasma equipment should be set correctly, and the operation should be performed carefully in accordance with the operation manual of the instrument, and it cannot be used randomly. 3. Protect the plasma ignition device to ensure that the plasma cleaner is opened normally, otherwise it will cause difficulty in opening or abnormal opening. 4. If the primary air duct is not ventilated, make sure that the running time of the plasma generator is within a regular time and cannot be longer than the time required in the equipment manual. Otherwise, the burner will be destroyed and a lot of Unnecessary losses. 5. Regular protection and maintenance should be carried out. When protecting and maintaining the plasma cleaning machine, the power supply of the equipment must be closed first, and the corresponding operation can be performed after the power is cut off. It must not be operated with power to prevent accidents. When using a plasma cleaning machine, you must pay attention to the above aspects. At present, plasma cleaning agents have been used in plasma ashing, plasma plating, plasma surface modification and other occasions. Through its effects, the appearance of the data can be significantly improved. The wetting ability enables many kinds of materials to be coated, which is very popular among people. 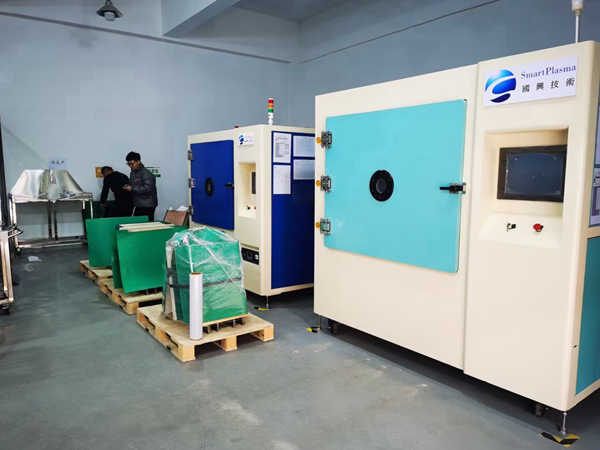 Previous Which one in Jiangsu, Zhejiang and Shanghai sells Plasma plasma surface treatment equipment with good service?
Next What are the main structures of Smartplasma plasma cleaning machine?